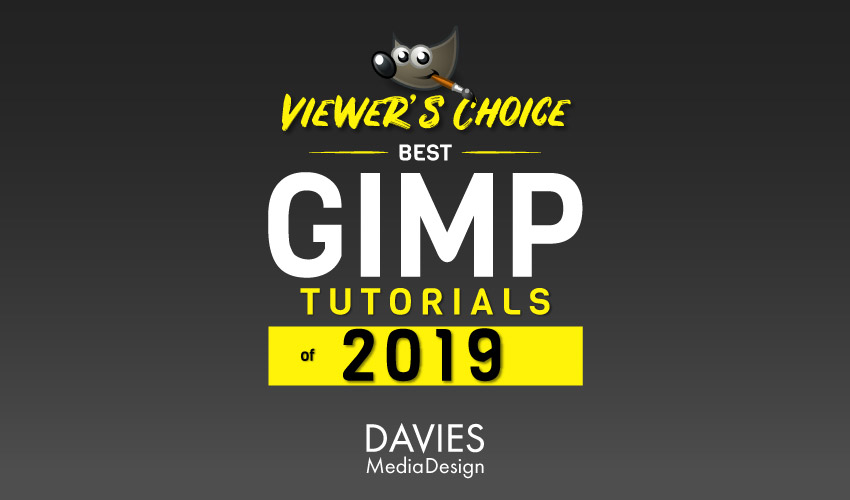 2019 has come to a close – and it was yet another productive year for Davies Media Design with over 100 new GIMP video tutorials added to our channel. At the end of each month, we put these tutorials up against one another to see which ones you all – the viewers and subscribers that make our channel possible – like the best in polls conducted on the Davies Media Design YouTube channel.

Well, the votes are in – and below are the winners each month for the Viewer’s Choice Best Tutorials of 2019!

How to Create a Cinemagraph in GIMP 2.10 + Olive

How to Blur Background in GIMP – Shallow Depth of Field Effect

How to Erase and Replace Any Image Background in GIMP

How to Recolor Photos in GIMP

How to Create Pixel Art in GIMP

Steal the Color Grading from Any Image

Inkscape Tutorial: How to Design a Vector Logo

Add Light or Shine to Anything in GIMP