How to Install Scripts in GIMP (3 Easy Steps) 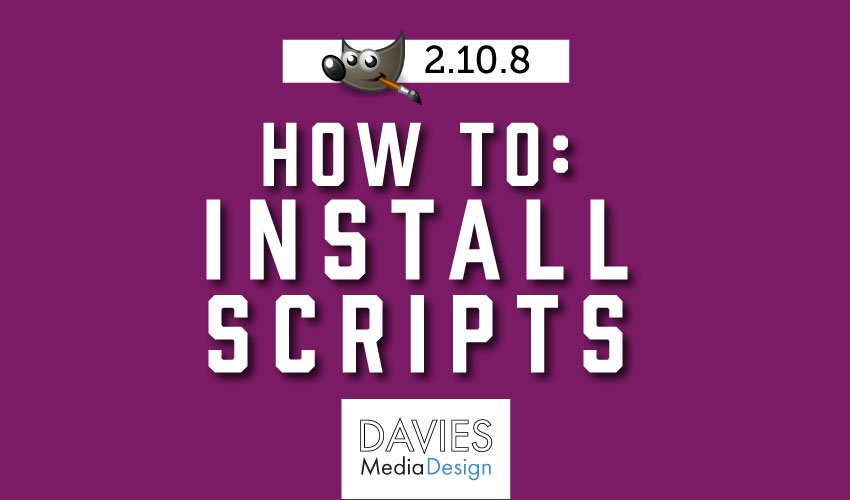 One of the benefits of GIMP is that it is quite easy to download and install third party scripts to enhance the functionality and overall experience of using the program. From automating common or useful actions in GIMP to applying new effects, there are many great uses for scripts. There are tons of great free scripts out there – though at the present you have to do a bit of digging to find the, since the GIMP Plugin Repository has been decommissioned. In other words, there is no one centralized location or website where GIMP users can find and download third party scripts.

However, many people have either uploaded scripts to their own websites or to other forums and online communities to keep these scripts in circulation for modern GIMP users. Regardless of where you find and download your script, this tutorial will show you how to install it into GIMP once it is on your computer. Just remember to always use a virus scanner prior to unzipping (in the case of compressed scripts) or opening any files you download from unknown or insecure website across the internet.

Watch the video version of this tutorial here.

Once you find the script you want to use in GIMP, you’ll have to download it to your computer (obviously). As I mentioned above, be sure to run your virus scanner to make sure the script is safe to have and run on your computer. 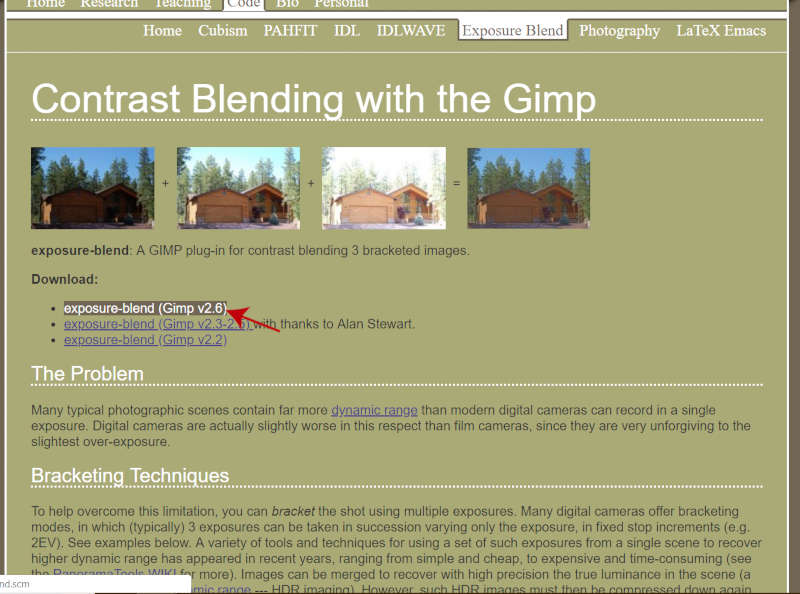 For this tutorial, I’ll be using an Exposure Blend script that I really like from the University of Toledo’s website. If you want to follow along with this tutorial, you can download that script here (click the link shown in the photo above).

2.Move the Script File Into the GIMP Scripts Folder

After you’ve downloaded the script onto your computer, locate the script download (on Windows in your browser, you will see the file download at the bottom of the browser window with an arrow to the right of the name, denoted by the red arrow in the photo above. Click the arrow and go to “Show in Folder,” denoted by the blue arrow in the photo above. This will take you to the folder where you downloaded the file. You may also want to check your Downloads folder.) The file will be a .SCM file – these are script files specifically coded for GIMP.

Once you have located your script file, open a new folder window and search for the location of your GIMP scripts folder, which is found within the GIMP program’s folder hierarchy. For example, it is common for GIMP to be installed on your C: drive when using windows. Therefore, you can find the scripts folder by navigating through the following folders: C:\Program Files\GIMP 2\share\gimp\2.0\scripts (denoted by the red arrow in the photo above – though on my computer my GIMP is located in my D: drive). Once you are inside the final scripts folder, you should see several other .scm script files. Drag and drop the new script .scm file that you downloaded into this folder.

3. Close GIMP and Reopen It 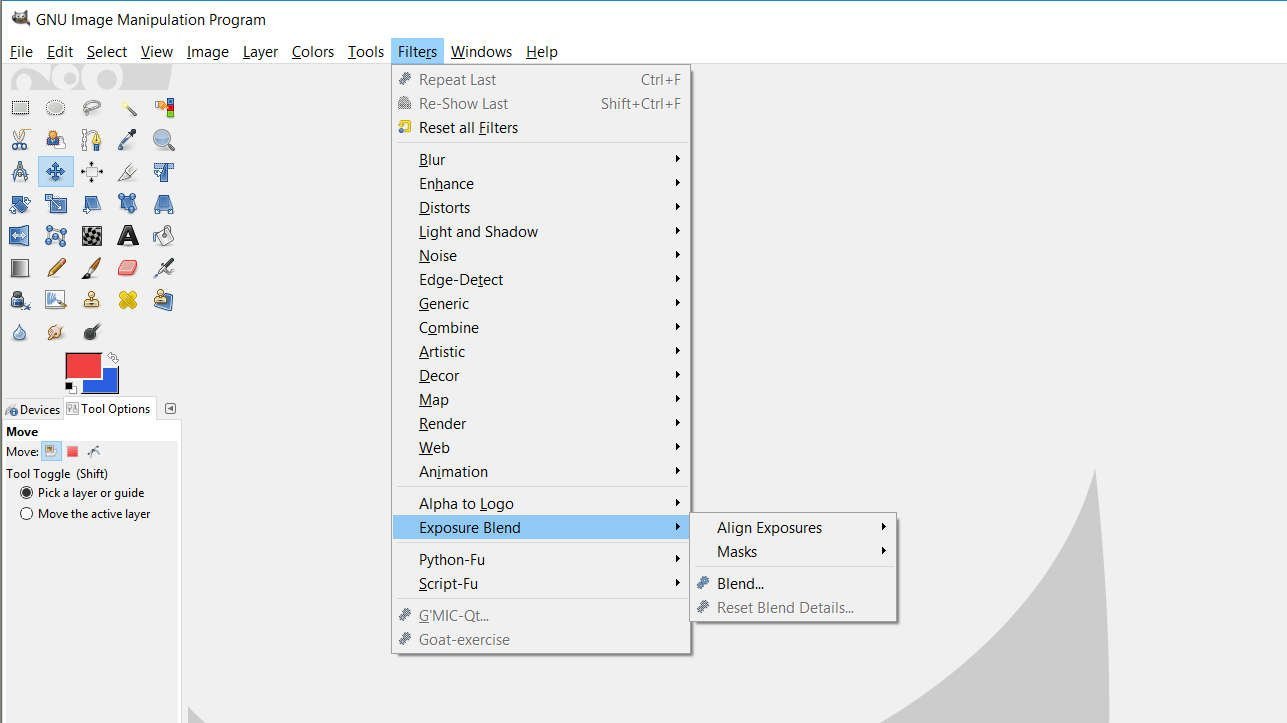 Once your script is in the scripts folder, close down GIMP if you have it open. Then, reopen GIMP and check to see if your script was installed. Usually, scripts will show up in the Filters folder, though their location will ultimately depend on the script’s function and what location the developer decided to place it in.

In my case, the script I downloaded can be found under Filters>Exposure Blend (shown in the photo above).

That’s it! You should now be able to use your new script in GIMP. You will need to either create a new composition or open up an image in order to try out your script and make sure it works. If you receive an error message when trying to use the script, or when first re-opening GIMP, you may want to check if the plugin was developed for or tested with whatever version of GIMP you are using. Since the GIMP team stopped maintaining the Plugin Registry, various plugins and scripts have gone without updates and thus may not work with the latest version of GIMP. However, there are still many third-party script developers who have updated their scripts for the latest versions, or may provide a fix on their website to make their script work in your GIMP.

If you liked this tutorial, check out our other GIMP video and text tutorials on our website, or check out our GIMP YouTube channel!