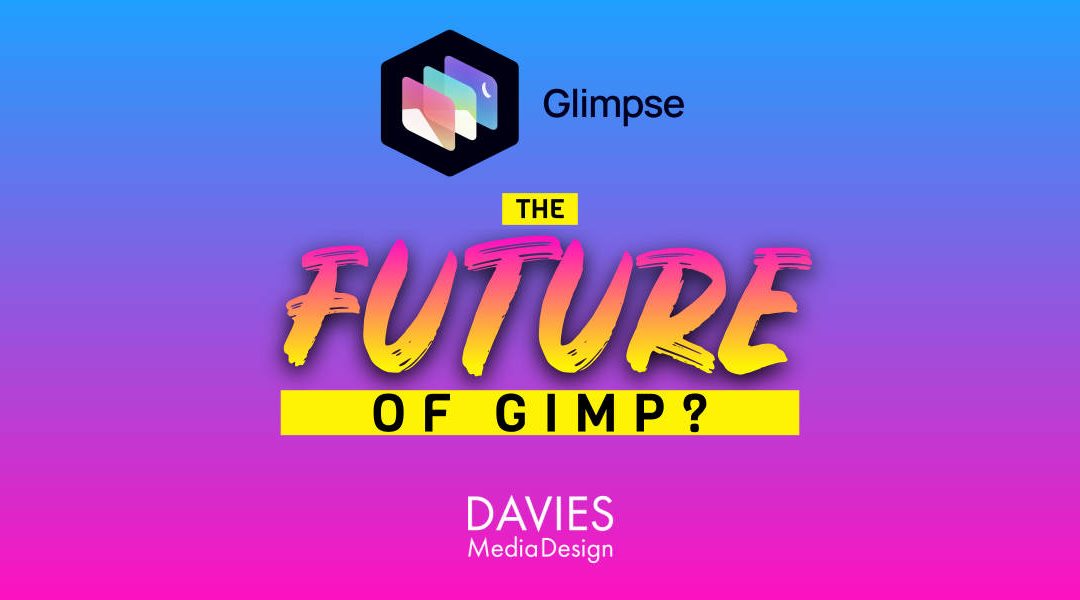 Many of you are probably familiar with Glimpse – the GIMP clone that is aiming to make GIMP more accessible and professional by giving the program a new name and tweaking some outdated or unnecessary features.

Currently, the program is based on GIMP 2.10.12 – which is missing key new features released in 2.10.14 through 2.10.20 (i.e. grouped tools, new filters and filter controls, and new tool features like the non-destructive cropping feature).

However, on July 1, the Glimpse team announced they are working on releasing a new public beta version “in the coming weeks” known as Glimpse 0.2.0 that will be based on GIMP 2.10.18. Though this is slightly disappointing as there were many great new features introduced in GIMP 2.10.20, it is still great to see the program take a step forward by implementing more improvements from more recent versions of GIMP. (Plus, this means Glimpse will now contain grouped tools – which was a major UI improvement for GIMP).

Why Glimpse is Promising

You guys know I LOVE GIMP – I have devoted my professional life to it, after all. But in English-speaking cultures the name “GIMP” has plenty of negative definitions/connotations that can turn professional institutions/businesses off from the idea of giving the program a try. In other words, the unfortunate name/acronym for the GIMP program reduces the potential size of its user base.

GIMP is Being Held Back

For those of you who think this idea is ridiculous, think about it this way – imagine you are the principal of a school who implements GIMP in all your classrooms to save money. One of the students at your school is given an assignment learning how to edit photos in GIMP. The student looks up “GIMP” on a search engine (i.e. Google, Twitter’s search bar, etc.) to find out more about the program, and is met with crude images of people wearing “gimp” costumes. (For example, the hypothetical student could stumble upon a “competitive hot dog eating mask,” and find themselves going down a very not-so-kid-friendly rabbit hole). That student’s parent walks in on the student and sees the images on their computer. Mortified, the parent calls you, the principal, and threatens to sue the school (something that happens all too often in places like America). Now your job is in jeopardy, as well as the jobs of your teachers and the funding for your school.

This is obviously a worst-case-scenario example, but such a scenario is certainly in the realm of possibility (especially in today’s PC culture) for decision makers like our hypothetical principal.

I won’t even explore an example where bullying occurs because a kid is using “GIMP” at school. Or all the examples of little immature kids making “GIMP” jokes during class. Regardless, it’s not hard to see that GIMP’s name is holding the program back. And the name, which some GIMP enthusiasts have shrugged off as “quirky” or even endearing, is just the tip of the iceberg when it comes to reasons why the program is not living up to its full potential.

With Glimpse, you don’t need to worry about any of the aforementioned scenarios of bullying or liability playing out. The name has been changed – problem solved. Professionals or education departments can implement the program with peace of mind.

Additionally, the Glimpse team goes a step further in targeting professional environments – removing “fluff” from the program (i.e. unnecessary “Easter eggs” as the Glimpse team refers to them on their site) to make the program leaner and more efficient while also providing a more secure and malleable code-base. (Though the “green pepper” and “animated cow” brushes have had their day, I think it’s time to take them out of the program – they make GIMP look more amateurish than anything while also adding to its overall download size. This is one of the benefits of a fork project – some of the nostalgia from the original GIMP project can be analyzed more critically and objective decisions can be made to improve the software).

Finally, the Glimpse team has worked on tweaking the UI to make it more modern while replacing the GIMP logos and splash page. Though I have no qualms with the Wilbur logo, this alteration should help draw more people to the program as many people complain that GIMP’s UI is outdated. There is also a tendency for the GIMP team to produce lackluster graphics or photos for their splash pages, which can be off-putting for first-time users opening the program. The Glimpse team appears to have a slightly better eye for graphics – implementing a defined color scheme from the Glimpse branding guidelines – so their splash pages are a slight improvement. There is still some work to do here, but it’s a step in the right direction.

In the end, Glimpse should be a great professional alternative to GIMP that is more suited for offices, schools, and other professional environments. Plus, all this work in turn helps make GIMP better as Glimpse reports feedback to the GIMP team while also sending a portion of its donations to them.

A Fork Within a Fork?

The most intriguing (and mysterious) part of the Glimpse project is that the Glimpse team appears to be working on a brand-new image editor called “Glimpse NX.” I’m not totally sure how this editor will parallel with both GIMP and Glimpse projects, but it could provide yet another free alternative to Photoshop while helping to take GIMP’s ideas to the next level.

A common complaint I hear about GIMP from developers is that the code-base is very complicated and convoluted. It’s written in/comprised of many programming languages or outdated languages. This can make it hard for new contributors to come in and make improvements to the GIMP program (i.e. add new features, streamline code, improve tool or filter performance, etc.).

Based on the small amount of info offered on the Glimpse Editor’s website, it appears they are looking to solve this issue for the long-term by introducing a “permissively-licensed image editing program that is being written from the ground up with the D programming language and a bespoke cross-platform UI toolkit.”

I don’t anticipate Glimpse NX being released any time soon as it sounds like a major project being executed by a small amount of developers, but I am highly anticipating this new software nonetheless and hope it can be a game changer for free image editing software.

If up and coming (young) developers can easily understand the coding structure of Glimpse, they may feel more inclined to contribute to the development of the program and engage with the program’s community. With an increase in the volume and quantity of developer contributions, we could see a more consistent release schedule and a more rapid improvement to the program’s features.

Plus, other creatives will sense the momentum behind the project and jump on board. This will lead to other great contributions like tool icons, splash screens, or tutorials.

In other words, the Glimpse Image Editor has the potential to be GIMP on steroids (that sounds wrong, but I’m leaving it in to prove the point of this article). It can take all the best parts of GIMP that all of us love and pair them with improved accessibility and a more cohesive development process. If executed properly, the Glimpse project could be the future of GIMP and become the new flagship free image editor.

Learn more about the Glimpse Image Editor on their website and contribute to the project today!