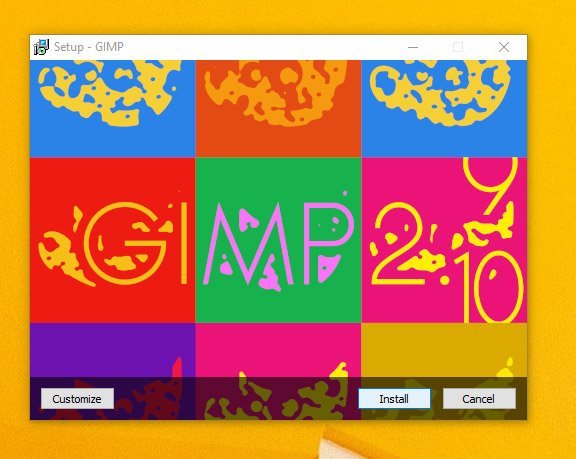 GIMP has just announced (minutes ago at the time of this post) that it has released the “GIMP 2.10.0 Release Candidate 1” – which is a semi-stable version of GIMP designed to test out some final bug-fixes and new features prior to the release of the actual GIMP 2.10 stable release. If you aren’t excited – you should be! This is a HUGE step toward the first new, major stable release of GIMP in 7 years.

In an official release by the GIMP team on March 26, they say “the focus [of this new release] has really been on getting the last details right.” They also mention that there are currently only 12 bugs standing in the way of the GIMP 2.10 stable release.

The new 2.10 Release Candidate 1 (abbreviated as GIMP 2.10.0-RC1) comes equipped mainly with new features aimed at “improving how GIMP handles system resources, or helping you… report bugs and recover lost data.” In my personal opinion, both of these updates are exciting news as the main issues I’ve been running into while using the GIMP 2.9.8 “Development Version” have been the slow performance of the program overall and the frequent crashing of GIMP, resulting in the loss of unsaved projects. It appears these updates go right for the heart of these problems – which will make GIMP 2.10 all the more powerful.

UPDATE: You can install the latest version of GIMP here.

For those of you who have watched my tutorials, you’re very familiar with layer-masks and how crucial they are to applying graphics, effects, etc. to your images or canvas in a non-destructive manner. This is super important because layer masks can be deleted or edited if a mistake is made without affecting the original image.

GIMP has upped the ante on this feature by now allowing you to apply a layer mask to an entire layer group! In the layers panel, layers can be added to layer groups (previously mainly for organizational purposes). Now, once the layers have been added to a layer group, you can apply a layer mask to the layer group, and thus that effect will be applied to each individual layer within the layer group. This will help with continuity (when you are trying to apply the same effect across multiple layers) and with speeding up your workflow (since multiple steps will be eliminate). This will also (presumably) allow you to create more complex blends and final compositions.

I’m personal most excited about this feature as I think the current method of needing to apply layer masks to multiple layers individually is tedious, constricting, and, frankly, a bit outdated.

This feature is probably one that most GIMP users will be excited about. GIMP 2.10.0-RC1 will come with an Image Recovery feature that will attempt to salvage images that were unsaved and opened during a GIMP crash. It is always recommended to save your file repeatedly while you work (you can hit ctrl+s on your keyboard to save what you are working on in the native .XCF format). However, sometimes – especially if you are working in an unstable development version – GIMP can crash at an inopportune time and cause you to lost all of your work. This new features attempts to solve this issues by bringing up an “Images recovery” dialogue box and asking if you want to “discard” or “recover” any unsaved images that were open during the crash.

GIMP admits that this feature is still a work-in-progress, which means it is not 100% effective in recovering ALL unsaved images. But it does appear that this is a huge stride for the program as people forget to save their work all the time and have lost hours of work during a GIMP crash. GIMP will now make a solid attempt to recover your unsaved work, versus making no attempt at all!

Interesting fact – this feature was created by the ZeMarmot project, which is an animated film (currently in production) that uses GIMP and other Open Source software for all of its animation!

GIMP 2.10.0-RC1 will contain a “Dashboard Dockable” – which essentially tracks how your computer’s resources are being utilized by GIMP, and which GIMP tasks are draining the most of those resources. The goal of this feature is to help improve your ability to monitor GIMP’s performance in real-time and “make more educated decisions about various configuration options.”

It also appears that this feature greatly helps GIMP developers diagnose back-end problems with GIMP while improving front-end functionality. In other words, this will help the GIMP team continue to make GIMP and GEGL better, thus making it a better program for us users!

We outlined the importance of GEGL to the future of GIMP in one of our latest video tutorials, and GIMP has made a few more improvements to GEGL (Generic Graphics Library) to help improve its overall performance. This, in turn, will add to the performance improvement of GIMP overall – which we hope means the program and its filters will be much faster.

Part of GEGL’s tuning up includes improvements to all scaling operations (which will now be done “on linear data”) as well as a “performance boost” to pretty much all GEGL operations used throughout the program (in some cases as much as 2 or 3 times according to the article). The GIMP team single out the very popular “Gaussian Blur” filter as being the largest beneficiary to these performance boosts.

There will also be 5 new GEGL operations in this version, including enlarge, inpaint, domain transform, and recursive-transform. The 5th GEGL operation is likely the “Shadows-Highlights” operation mentioned below.

This feature is also most useful for developers in a direct sense, though it does ultimately help GIMP users. The “Debug Dialogue” feature essentially records the technical reasons as to why, for example, GIMP has crashed – or why any bug has occurred with GIMP. This reporting can then be looked at by the GIMP developer team, which will then help them more quickly diagnose and solve GIMP issues.

The Debug Dialogue will be more in-depth for the “Development Versions” of GIMP (i.e. like the GIMP 2.9.8 we’ve been using in our recent tutorials), and will be used more pointedly for crashes in stable releases (i.e. GIMP 2.10).

Most users won’t see an immediate benefit for this feature, but it will help the GIMP team figure out why your GIMP crashed, which will help them troubleshoot your problems and get you back up-and-running while ensuring the issue doesn’t happen on a widespread scale.

This filter, which is similar (if not the same) as a filter found in the program darktable, allows you to adjust the “shadows and highlights in an image separately.” This will further increase GIMP’s photo-manipulation filter library, which will allow users to do more to their images.

GIMP is switching its focus from JPEG 2000 to OpenJPEG, which is essentially an update to how GIMP can handle modern image libraries and formats. This update will allow GIMP to better handle the importing of JPEG 2000 images, especially those in higher bit-depth formats, while supporting newer image formats.

This latest release will also contain an update to the Curves and Levels filters, which will allow users to more quickly alternate between “linear” and “perceptual” modes. This will speed up the workflow for more advanced users.

There have been updates to screenshot and color-picker compatibility for the various operating system versions (i.e. Linux, Windows and MAC).

Additionally, there will now be more flexibility around exporting Meta Data with your images – meaning you’ll have more control over what information gets attached to an image once you’ve saved it outside of GIMP.

There has also been a “Lock brush to view” feature added which allows you to anchor the settings and position of a brush when you rotate the canvas (versus having the brush automatically rotate with the canvas).

For the full details on the GIMP 2.10.0 Release Candidate 1, visit the original article posted by the GIMP team here.

This newest release brings us one step closer to finally getting a brand-new stable release of GIMP!

For more GIMP news, check out my other GIMP Help Articles on my website or sign up for my GIMP News Letter via the pop up.