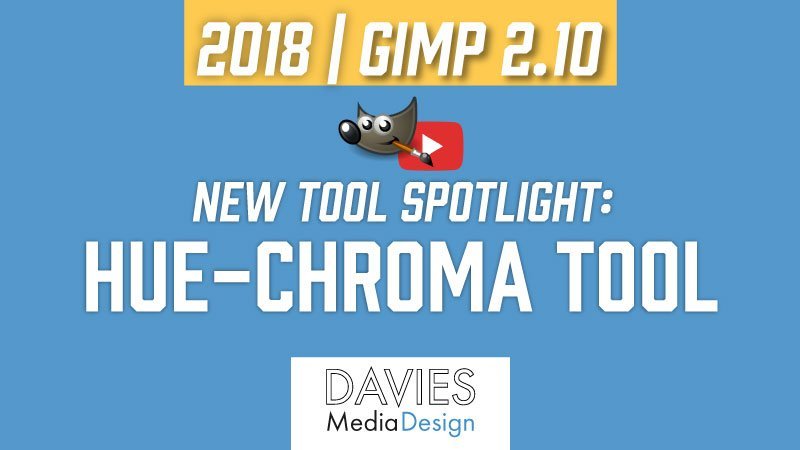 In technical terms, an image’s “Hue” is the wavelength of the color in the image, whereas the “Saturation” of an image is the intensity of that color. If you’ll remember in the “Hue and Saturation” lecture from earlier in this course, adjusting the “Hue” slider when using the Hue/Saturation tool will change the overall color of an image, and adjusting the “Saturation” slider will change the intensity of the colors within the image (i.e. making colors more or less intense).

In GIMP 2.10, a new Color Tool is introduced called the “Hue-Chroma” tool. You can access this by going to Colors>Hue-Chroma. This will open up a dialogue box with 3 different options. With this tool, you can again adjust the “Hue” of the image, but you can also adjust the “Chroma” and “Lightness” of the image as well (lightness is actually another setting found in the Hue-Saturation tool, so this is not a completely new feature. However, it is new in the sense that it can now be paired with the Chroma adjustment).

Saturation vs. Chroma – What’s the Difference?

When comparing Chroma directly to Saturation, the easy way to understand the difference between the two is this: Saturation is the intensity of a color (as stated above), and Chroma is the purity of the color.  To put it another way, Chroma is “how much of a pure hue is present” in an image (according to Quora.com).

Chroma can also be defined as “the quality of a color’s purity, intensity or saturation” according to Harding.edu. So, in this case, you can see that saturation can actually be a component within Chroma.

The easiest way to see the differences in Chroma and Saturation in action is to duplicate your main image layer by clicking on the “duplicate” icon (circled in red in the image above).

Then, click on the other layer (which I named “Chroma”) and go to Colors>Hue-Chroma. Turn the Chroma value all the way up to 100.0 using the Chroma slider.

The colors in the “Hue-Saturation” image layer are more intense, whereas the colors in the “Hue-Chroma” layer are more pure. The purer colors take shades of a primary color – for instance the bluish-gray color of the street – and make them the purist form of that primary color – the road now becomes a pure blue color. You can look at the bricks as another example – before they were a shade of red, whereas now they are a pure red.

Using Hue-Chroma to Edit Your Photo

If I used the Hue-Chroma tool by starting with the top slider and working my way down, I would first change the hue of the image – which means changing the overall colors in the image – then changing the purity of those colors, and finally adjusting the lightness of all the colors in my image.

For example, if I slide the Hue slider all the way to the left (-180), you’ll notice that the colors in my image completely change. Rather than being green, the leaves on the tree are now a purplish hue. The sky has also changed from a blue hue to a pale orange. Finally, the bricks have changed from red to a shade of dark blue.

If I now bring the Chroma slider all the way up, the colors become the purest forms of the colors I just mentioned. The leaves are now a pure purple, the sky a pure orange, and the bricks a pure blue.

If I perform these actions more moderately, I can improve the look of my original image. In the photo above, I shifted the Hue to the left slightly to make my image have a bit more cyan. I then increased the Chroma value slightly to make these colors more pure (and thus more bright and colorful), and finally increased the Lightness a bit to make the overall image slightly lighter. If I click the “split preview” check box (denoted by the red arrow in the image above), you can see the difference in the photo before (right) and after (left) I made these changes.

Above is the final photo from our Hue-Chroma adjustments. That’s it for this tutorial! For more GIMP tutorials, visit our Tutorials page or our GIMP YouTube channel. 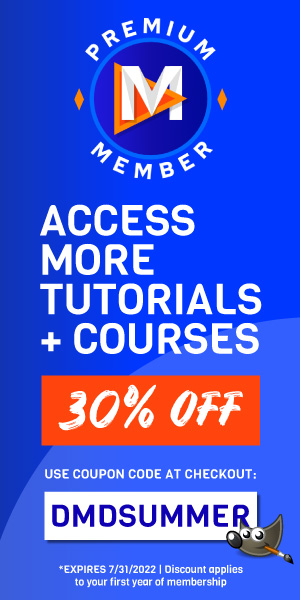