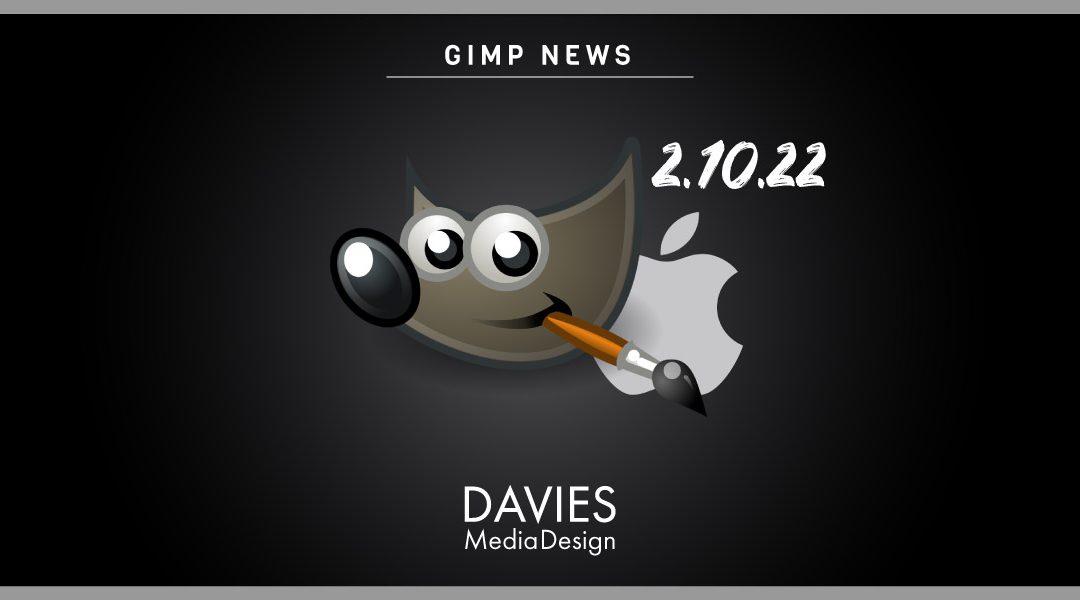 The GIMP team officially updated the GIMP for MAC installer on December 24, 2020 to GIMP 2.10.22! This means the latest version of GIMP (at the time of this article) is now available to MAC users.

As always, GIMP is available for MAC, Windows, and Linux systems for free!

As I’ve mentioned in many previous videos, the long delay between GIMP 2.10.14 to GIMP 2.10.22 was due to the fact that the GIMP team doesn’t have a regularly contributing MAC developer. This makes it difficult to check the GIMP release versions for bugs and fix those bugs, as well as provide a stable downloading package that the GIMP team thinks is worthy of its website. It appears the GIMP team has found some time to finally go through the MAC version and make sure everything is “up to snuff,” so to speak.

Notable features that came with GIMP 2.10.18 include the re-ordering of tools and introduction of tool groups (which are turned on by default but can be toggled off), single-column toolbox capability, the 3D Transform Tool, better performance with transforming larger images, new tool slider styling and key modifiers, and improved brush performance. To get a more detailed look at all the new features that were introduced in this release version of GIMP, I recommend checking out my What’s New in GIMP 2.10.18 tutorial.

GIMP 2.10.20 introduced some great new features including non-destructive cropping, additional improvements made to the grouped tools feature, on-screen/live editing for the Vignette filter (similar to how Darktable’s vignette filter works), new blur filters (lens, focus, and variable blurs), the new Bloom filter, GEGL filter “preview” performance improvements, and the ability to stroke text via the “Drop Shadow” filter. To get a more detailed look at all the new features that were introduced in this release version of GIMP, I recommend checking out my What’s New in GIMP 2.10.20 tutorial.

Finally, GIMP 2.10.22, which is known as the “File Formats Release,” comes with plenty of great features – though most of them are more on the technical/back-end side of GIMP. In this new version, you’ll find new support for HEIF/HEIC files (High Efficiency Image File Format), AVIF files (which can support HDR functionality), and PSP files (Paintshop Pro’s native file format), improved multi-layer TIFF file support, the introduction of “sample merged” for GEGL filters that use the color picker tool, and bug fixes for the Matting Levin Foreground Select Tool engine (this was not a problem in GIMP 2.10.14 or earlier, so MAC users wouldn’t have noticed this bug). To get a more detailed look at all the new features that were introduced in this release version of GIMP, I recommend checking out my What’s New in GIMP 2.10.22 tutorial (I have a premium version available for DMD Premium members that’s 5 minutes shorter and is ad free).

Enjoy the new GIMP 2.10.22 version for MAC, and don’t forget to report bugs to the GIMP team if you come across any to help them improve the software! Note that GIMP has mentioned directly on the main download page that the new GIMP 2.10.22 install for macOS has “has known performance issues on Big Sur.”