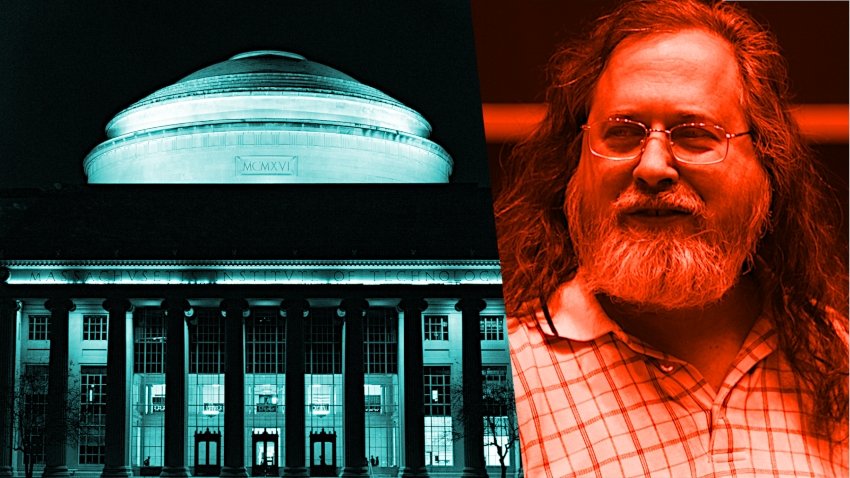 According to an article from The Verge, Richard Stallman “is rejoining the board of the Free Software Foundation.” Stallman is unarguably one of the most, if not THE most, polarizing figures in the free software and tech worlds. What makes this man so divisive? To put it simply: the good, the bad, and the ugly.

Stallman has numerous accolades in the free software world, from “starting the Free Software Foundation” in 1985, to being named a “main author of the GNU General Public License,” and finally the (possibly self) declared founder of the “free software movement when he announced he would develop the GNU operating system.” (All this is from his profile on the Free Software Foundation site, which he wrote himself presumably and therefor may contain a tinge of self-aggrandizement). He was also the recipient of the MacArthur fellowship grant in 1990.

While Stallman has undoubtedly contributed a lot to the free software cause, he has arguably used the stature gained from his contributions to, at the very least, make his female colleagues uncomfortable.

According to MIT alum Selam Jie Gano’s now-viral post, “Remove Richard Stallman,” multiple women in the MIT Computer Science Lab came forward with personal stories of the discomfort Stallman had caused them during his time as a Visiting Scientist at MIT’s Computer Science and Artificial Intelligence Laboratory (CSAIL).

Such episodes of making his female colleagues uncomfortable range from strange suicidal sexual advances (“Richard Stallman told me of his misery and that he’d kill himself if I didn’t go out with him.“), to “hitting on” them frequently enough to warrant female colleagues being prepped with a pre-loaded response to repel him (“If RMS hits on you, just say ‘I’m a vi user’ even if it’s not true.”).

Gano makes the argument that Stallman was a major contributor, if not simply undeniably linked, to the toxic and hostile culture women experienced in the MIT labs at CSAIL in the 1980’s (and throughout the subsequent decades, as corroborated by the students who came forward in Gano’s article). Such treatment led to women in the space banding together to compile and release the extensive “Barriers to Equality in Academia: Women in Computer Science at MIT” report in 1983, which systematically outlines their grievances and experiences of sexism vis-à-vis the men in the space, and proposes solutions to ensure women of the lab garner the respect they deserve.

Then there’s the recent stuff (2019) about Richard Stallman that blew up in the mainstream press. Without rehashing the whole ordeal, the gist of it is that Stallman defended his colleague and friend, Marvin Minksy (now deceased), for having sex with at least one underaged sex trafficking victim procured by the infamous Jefferey Epstein.

Stallman defended his colleague by stating that the interaction between Minksy and the victim must have been “consensual” despite Stallman recognizing that Epstein was forcing the victim to partake in such actions, that describing Minksy’s actions as “sexual assault” was unfair, and that “it is morally absurd to define ‘rape’ in a way that depends on minor details such as which country it was in or whether the victim was 18 years old or 17.” These comments were made in an internal CSAIL email chain (which was sent out to all staff members and students on the chain) that was leaked in its entirety by Gano to Vice.

These statements by Stallman then led to the unearthing of past statements he made on his personal website defending child pornography and making arguments for having sex with underage children.

In these statements, he opines that 14-year-olds should be able to have sex with adults, and that adults should be able to take pictures with their underage “lovers” (you can get more information on what exactly he said, including links to where he said it, in this Daily Beast article – he made a lot of incendiary comments around the topic of child pornography).

To put it bluntly, these are not comments a normal, sane individual makes on the subject of child pornography and sexual abuse – and are comments that raise an eyebrow at the very least (especially when you consider Jefferey Epstein had infiltrated the MIT Computer Science Lab).

Why Should I Care?

Well, after all this was brought to light by high-profile news outlets like Vice, Wired, The Washington Post, The Daily Beast, CNN, and more, Stallman resigned from his post as Visiting Scientist at MIT, as well as from the Free Software Foundation Presidency. Such a resignation allows these organizations to move forward and learn from this mistake, and to improve the cultures of their institutions and respect and protect the women that work there (and their children).

However, the Free Software Foundation (FSF) decided to take a step backward and reinstate Richard Stallman to their Board of Directors. Such a decision seems very suspect, especially when you watch Stallman’s odd announcement declaring himself back on the board – adding to the announcement that “Some of you will be happy about this, and some might be disappointed. But who knows. But, in any case, that’s how it is. And I’m not planning to resign a second time.” That last part left me feeling like he left something off the end there – something to the tune of “And what are you going to do about it? Nothing.”

In other words, the video left me with the impression that he strong-armed his way back onto the Board of Directors, haters be damned, where he’ll be an immovable squatter for the foreseeable future (which, in my opinion, opens the door for him to continue his poor behavior – if not intensify it).

I have reached out to the FSF’s Outreach & Communications Director, Dana Morgenstein, for comment and clarification as to the decision to let Stallman back on the board. I will add her responses here if she replies (she has not replied yet at the time of this article).

Suffice it to say that having an outspoken defender of child pornography and pedophilia, as well as someone who has a history of making women uncomfortable in the workplace, be in a position of power and decision-making in the free software space is not OK – at least for me it’s not. This is especially true when you consider there are multiple women on the Board and Staff for FSF, and there could potentially be female interns or associates that work with FSF in the future. This is a disaster waiting to happen for this organization – a ticking time bomb.

It’s also not OK when you consider that the FSF is a major advocate and face for free software, including GIMP, Inkscape, and Darktable, which use the GNU General Public License, and so people will make associations between what people on the board stand for and what the general free software community stands for (though I should note that the FSF and its board members are not the de-facto or sole representatives or stewards of free software, nor, as far as I know, do they have decision making power with the GIMP, Darktable, or Inkscape projects – this would be counter-intuitive to the decentralized nature of free software, though people will still inevitably make the association).

In my opinion, such a community should be distancing itself from the likes of Stallman as much as possible, even if he did play a major role in getting free software to where it is now. And, as it happens, many people in the free software space have already taken the initiative to take such action.

For example, David Revoy, the incredible Krita artist and contributor, announced on his website that he would “no longer invest my energy for them.”

I personally have had no involvement in the Free Software Foundation, nor am I associated with it in any way, but I assure you I don’t plan on having any association with them so long as Stallman remains on the board or active in any way as a decision maker for the organization.

Ultimately, I believe free software has a responsibility to maintain and protect its sense of community. Can we stop all bad-faith actors from infiltrating the community in one form or another? Of course not. But I do believe we can hold the leaders of this community accountable and ensure we don’t regress in our decision making, especially when it comes to appointing certain individuals to leadership positions that should not be granted such status. I believe that Richard Stallman should be removed from the FSF board immediately, even forcibly if necessary, and such a move should be made permanent so that he is unable to rejoin ever again.