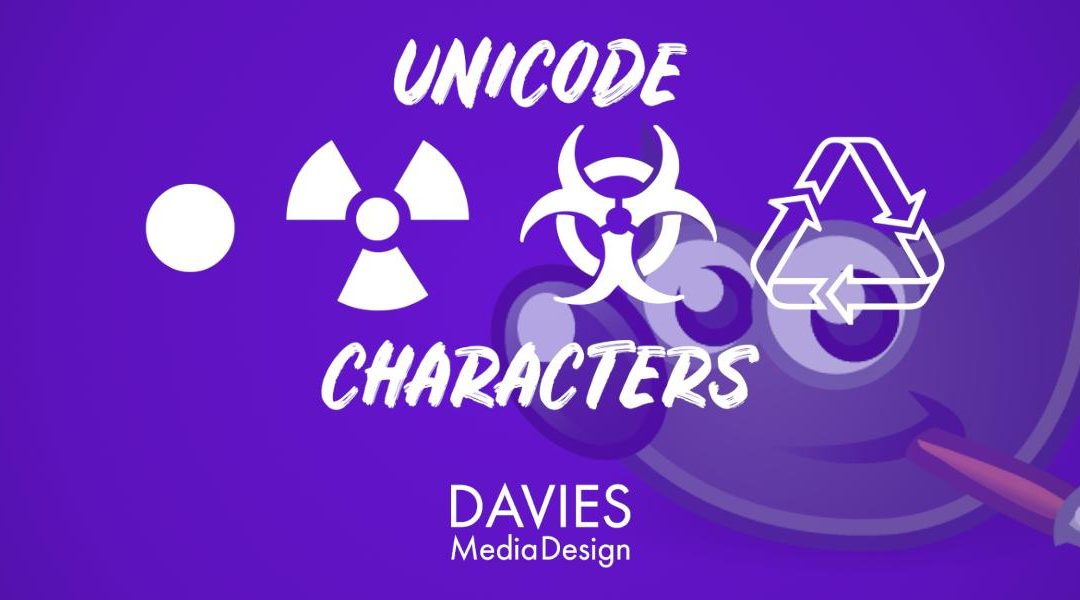 In this tutorial I’ll show you the simple and fast process for creating unicode characters in GIMP. Unicode characters are commonly used symbols, like bullet points, icons, or special characters, across pretty much all languages of the world.

To start, you’ll want to add a text layer to your composition (if you don’t have a composition open, hit ctrl+n or go to File>New and choose your dimensions).

To create a text layer, click on the Text tool from the toolbox (red arrow in the image above – shortcut key is the “t” key).

Once you have your text tool, click on your composition. This will create a “tentative” text layer – meaning the text layer won’t be added to the Layers panel until you type something. You’ll notice that the area where I clicked on the canvas with the Text tool now has four small boxes with a text editor above it (red arrow in the above image).

Note: if you’re not familiar with the text tool in GIMP, I recommend checking out my GIMP Text Tool In-Depth Tutorial.

With our Text box still active, we’ll now use the shortcut key that will generate unicode characters. Hold shift+ctrl+u to activate the unicode characters feature. You’ll know you’ve successfully activated it because an underlined “u” will appear in the text box (red arrow in the photo above). You’ll also notice now that we’ve added text to our text box, a text layer has showed up in the Layers panel (yellow arrow).

Note: if your text box become inactive at some point for any reason, simply click on any of the four little boxes with your mouse pointer to reactivate it.

Immediately after this underlined u, type the code for the unicode character you want to use. For example, the code for a bullet point character is “2022.” So, in this case my text box displays “u2022” (it’s kind of hard to read in the photo because of the font I used).

Once you have the underlined u followed by the code for your character, hit the “enter” key. You should now see the desired unicode character (in this case a bullet point).

Where to Find Unicode Character Codes

There are tons of unicode characters you can use with this feature in GIMP. For examle, you can generate cool icons like the biohazard or recycling icons. You can also generate certain characters for a particular language.

On the other hand, if you prefer a visual representation of unicode characters, as well as a search bar to help you find certain characters or codes, you can visit this site by Xah Lee.

That’s it for this article! I hope you enjoyed it. If you did, check out my other GIMP Help Articles, GIMP Video Tutorials, or get access to more content by becoming a DMD Premium Member!